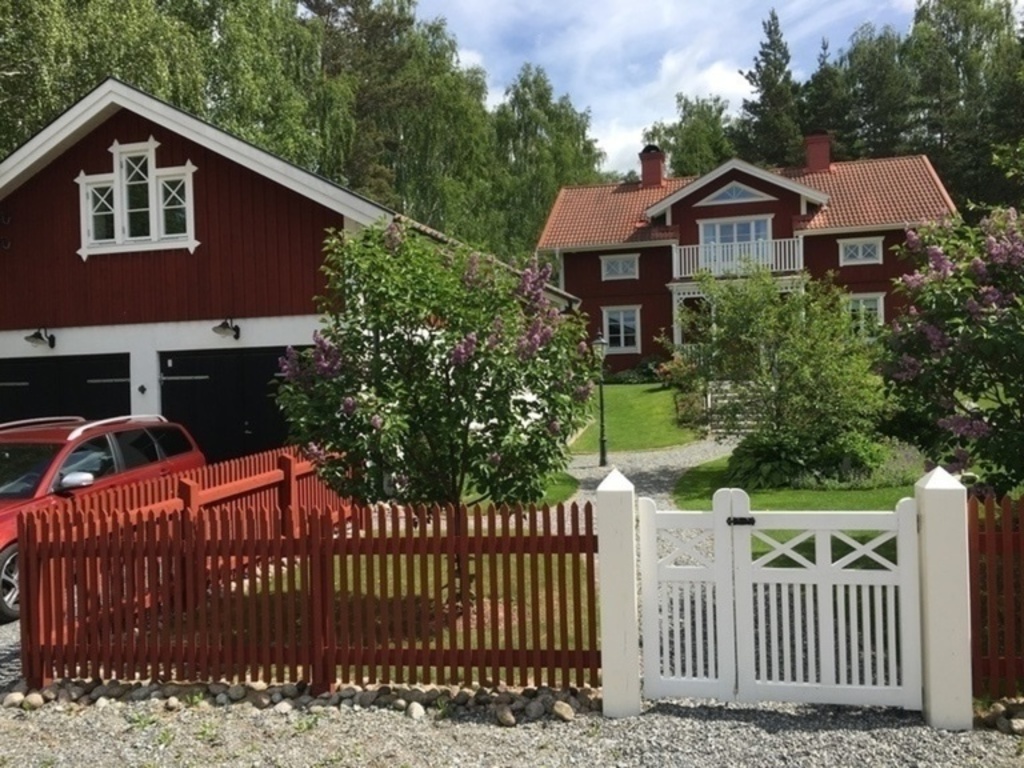 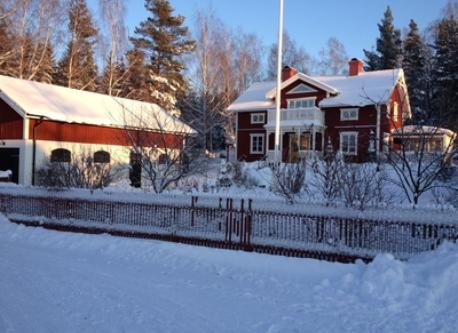 Our house and garden in the winter. 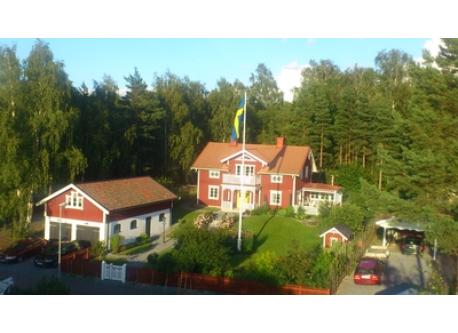 Our house and garden! 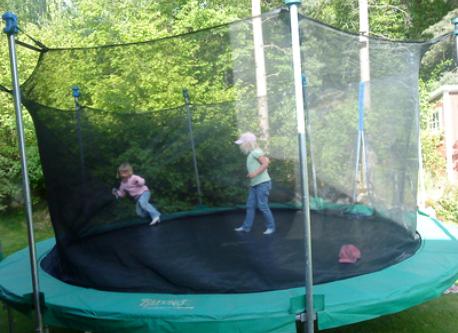 We have a large trampoline with safety net. 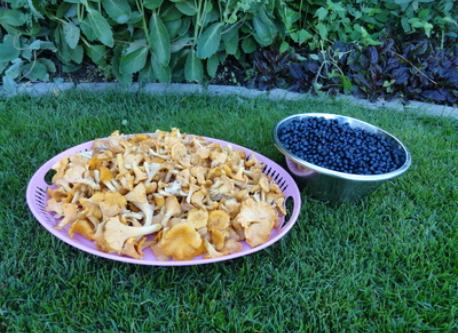 There are plenty of berries and mushrooms. 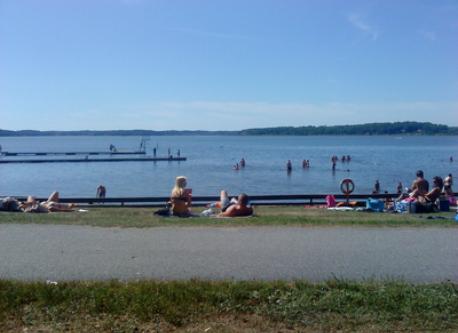 Bredsand, our bath in the lake Mälaren.

Great! This member has now been informed by Intervac of your interest in a possible home exchange. To make contact, please upgrade your membership now.

Welcome to Enköping, Stockholm and Sweden!

We have two teenagers who are making it difficult to plan trips right now, so we have a break in our availability .....

You are always welcome to hear from you, it is not certain that it will be YES, but we will always answer!

We live in a house of old Swedish style that we've built in 2003. It has two floors, kitchen, laundry, toilet and living room at ground floor and four rooms, hall and bathroom on the upper level. Our garden is approximately 1200m2 and is quiet without cars but with residential neighbors. Outside is a large patio, garage trampoline and a playhouse.

We have a guest room over the garage, it has a toilet, shower and a kitchenette. There are two real beds but it can accommodate 2-4 people up there. It is suitable to use if you travel with older children or if you are two couples.

The area has a public playground. Is surrounded by forest with walking trails, berries and mushrooms. Upland is also agricultural area so there are also large fields that provide a bright landscape.
Would you like to experience Sweden? Then the Enköping really good at. Live in a "rural" with just a few hundred meters to Bredsand and its beach in the lake, miniature golf, barbecue and more. We have approximately 4km to the Enköpings center and parallel to the car road, it is a cycle path (between the city and Bredsand). Enköping has about 22,000 inhabitants and has everything you need from shops. We also have good communications and proximity to Stockholm, Uppsala, Västerås and Örebro. You can reach them all within 30 minutes-1 hour by car. Would you'd rather go by train or bus, it's free to park your car at Enköpings travel center. If you want to see some more of Sweden, then a two day tour around Lake Siljan is recommended, it only takes about 1 hour to Dalarna and then there are lots of nice stops there. In our house you will have a base in the middle of nature and can do lots of long and short trips. If you want to be "home" as is nature around the corner and a large cozy garden.
We have changed residence nine summers before, Gothenburg (SE) 2009, Lund (SE) 2010, Nyborg (DK) 2011, Killarney (IE) 2012, Moustoir'ac (F) 2013, Ottawa (CA) 2014, Ermelo (NL) 2015, Tampa (Florida, US) 2016, Brugge (BE) 2017 and Peñiscola (ES) 2017.