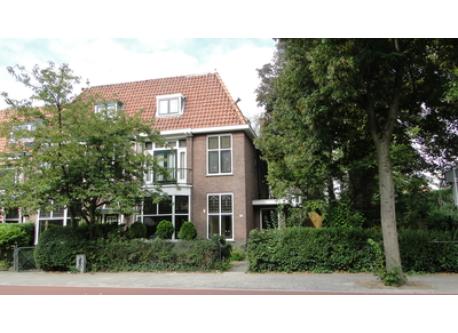 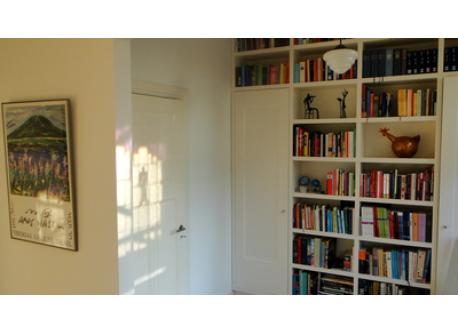 Side Room of the Living Room 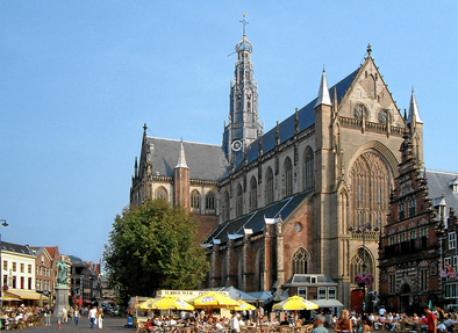 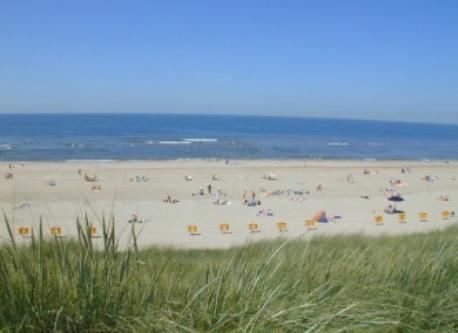 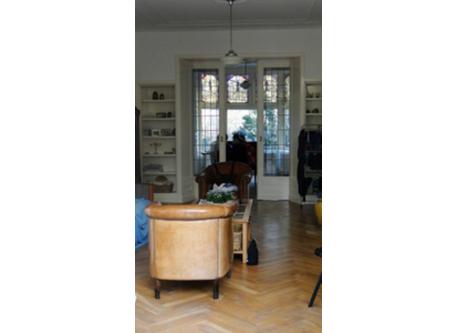 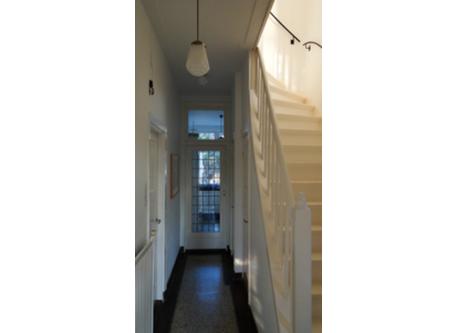 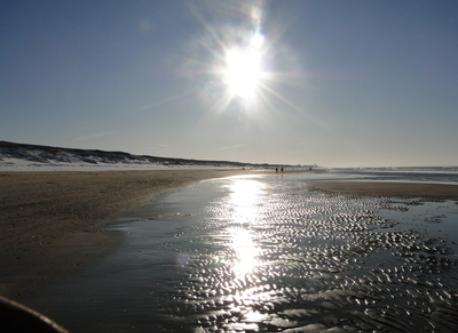 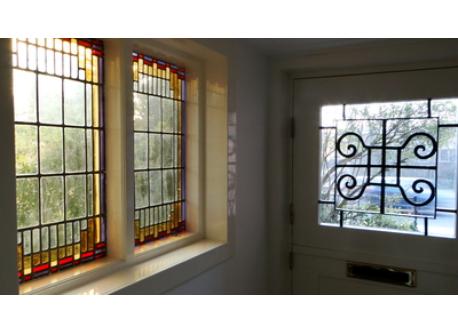 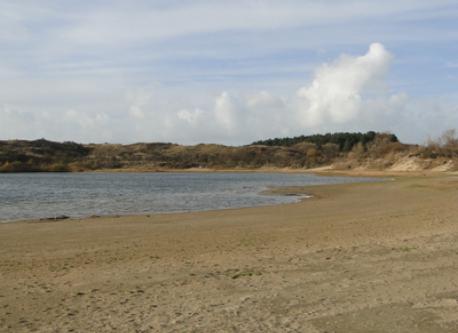 Lake at the Dunes nearby 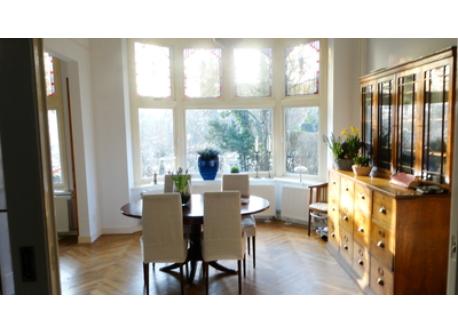 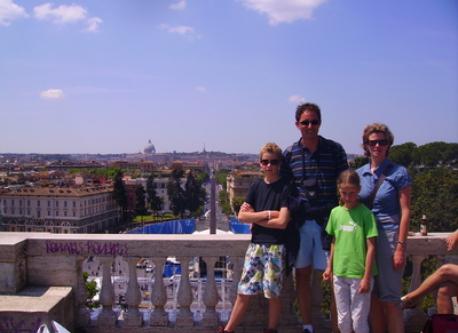 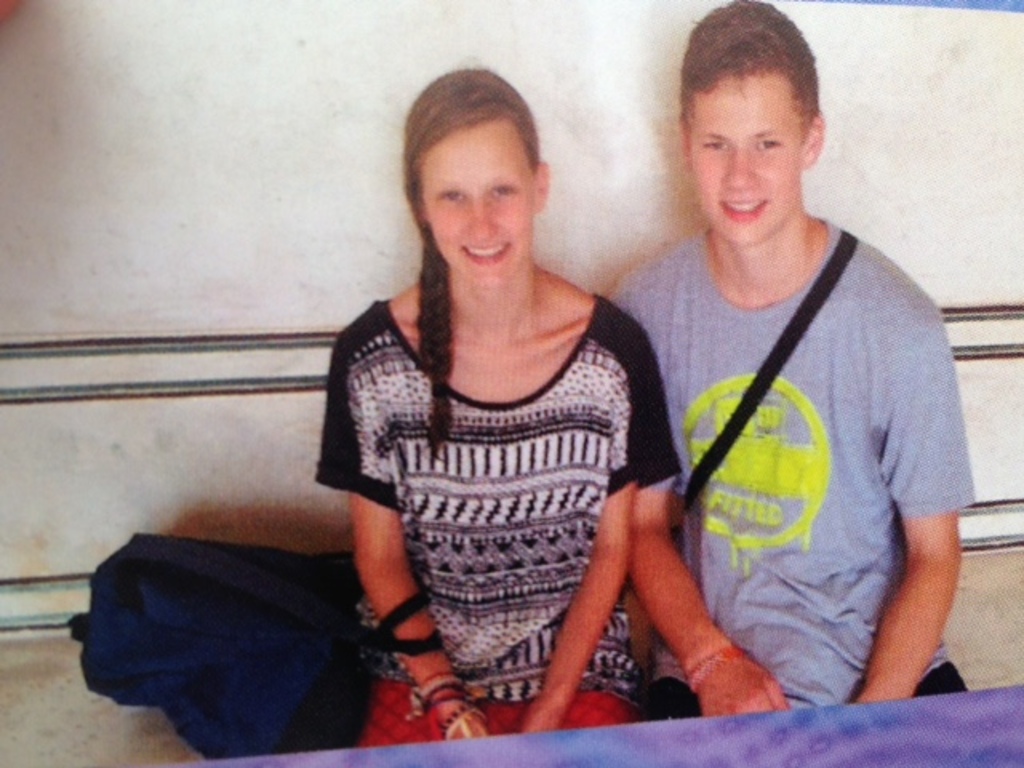 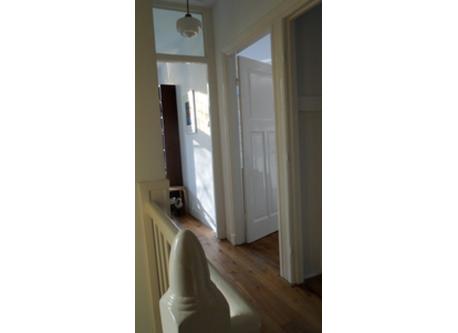 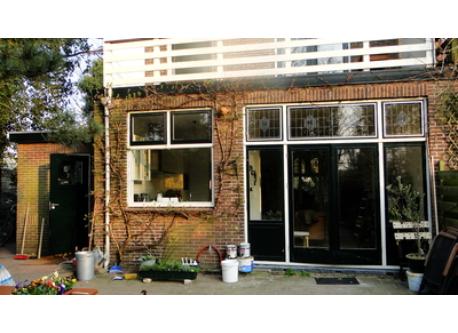 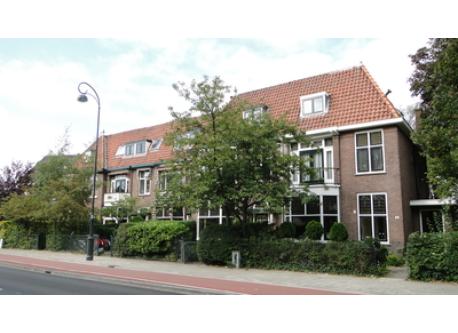 NL0640  information in addition
Our house, a mansion dating from 1924, is located at the border of Haarlem and Overveen, a pleasant green living area with lots of trees, old houses and shops just around the corner at both sides. We live close tot the dunes (1 km) and the way to the beacht. The best way going there is either by bike or by train. The good air into the region (because of the salt seawater) is pleasent with only a few muskito's. From our house it is just 5 km to the beach of Bloemendaal aan Zee. In the dunes, a lovely nature scene, you can walk, swim and cycle, with plenty of bikes available.
On a walking distance from about 10 minutes there is a train station at Overveen, as well as in Haarlem. We live just in between. Haarlem holds the oldest Dutch train station, a jewel of architecture. From there is is direct train to Amsterdam. It will bring you to Amsterdam central station (18 min.); to Leiden (30 min).; to The Hague (Queen and Parlement) 45 min.; to Rotterdam, 50 min. To utrecht 45 min. All direct train connections and beautiful cities to visit (Rotterdam being the modern city, due to the war)! To the north you can also visit Alkmaar and Hoorn, two smaller old Dutch cities with canals and alike. Haarlem is situated quite well in the middle if you want to travel around.
From the central station in Amsterdam you can visit all scenes in the city, hire a bike or use one of the tram lines. The canal boats are just before the station as well. You can also use our car, a comfortable black Nissan from 2005, with air conditioning. The highways are plenty and it is easily to get there.
The city of Haarlem is famous because of the big church at its center, the Bavo, with the world famous Müller organ, an incredible huge instrument from the 'golden age' with free concerts two times a week. Outside the church, there is a big marked place, de Grote Markt, with the town hall dating from the middle ages, and lots of restaurants and festivals around the market place. For shopping Haarlem is nr. 1 in Holland, due to a great variety of shops, with all kind of specialities, from cheese shops to violin makers. World famous in Haarlem is the Frans Hals museum. There are also some smaller musea of modern art. The big national musea (Rembandt, Van Gogh) are in Amsterdam. Rotterdam has the Boymans van Beuningen Museum, The Hague also has nice musea, like the Gemeentelijk Museum.
Haarlem is a bishop city, with the New Bavo church dating from around 1900, at its center. It is a huge, wonderfull building that gives you a southern impression. It  has free concerts every saterday. The Grote Kerk also has a free concert calendar during the summer, with international musicians and evening song at Sunday night. Haarlem also has a symphonia, a pop podium, theatre and several film houses.
Traces of the golden age you can find in several canal houses and about courtyards for elder people. For the children there are some outdoor playing grounds.
In case of public transportation to our house: 1. fly to Schiphol Airport (Amsterdam), 2. there you take the train to Amsterdam Central Station (down stears at the Airport). From Amsterdam Centraal you take the train to the direction Zandvoort aan Zee, that stops at Haarlem (or one of the other trains at platform number 1 or 2, that holds in Haarlem). 4. From there you can best ta a cab for the last 2 km to our house.
You can also travel to Overveen railway station (one stop after Haarlem) and walk the last 1,5 km from there to our house if you want.
OR: From the airport take big red Interliner Buss (big red buss) to Haarlem Station, just outside the shopping Area at the Airport. It is about half an hour. From Haarlem Station you can take a cab (ca.14 euro), or take the train to Overveen (3 min., direction Zandvoort aan Zee; from there you walk two streets to our house. From the airport it is in either way, by train or by bus) less then one hour travelling!
Teun en Ineke, Elias & Mathilde VAN DER LINDEN-HAECK