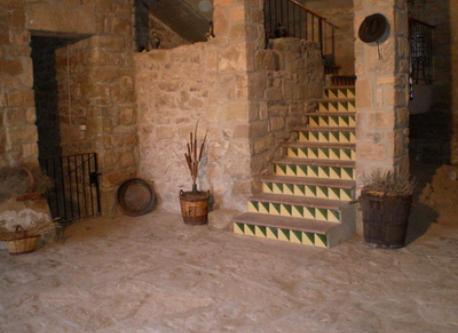 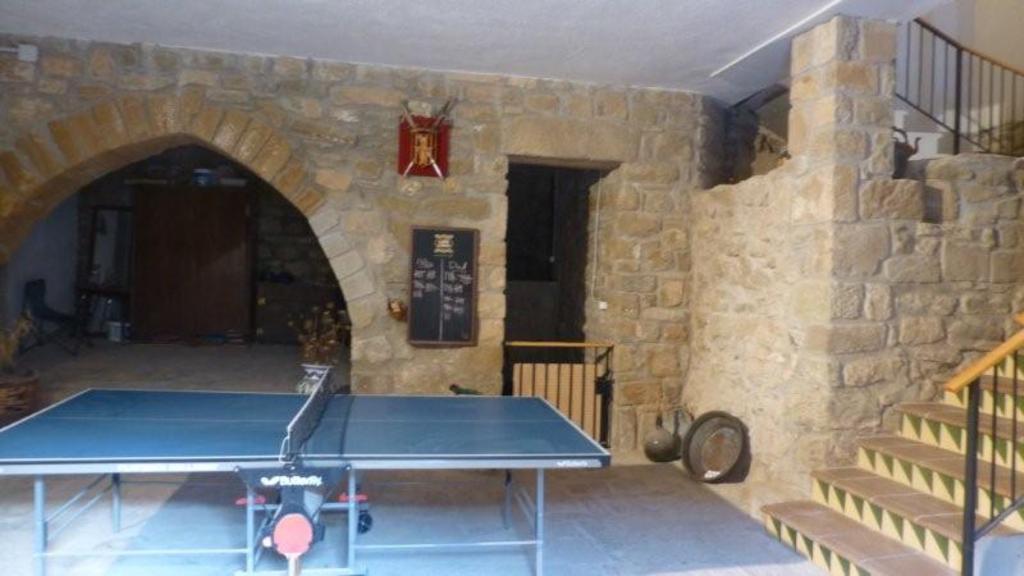 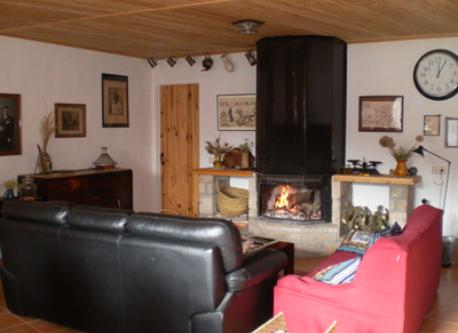 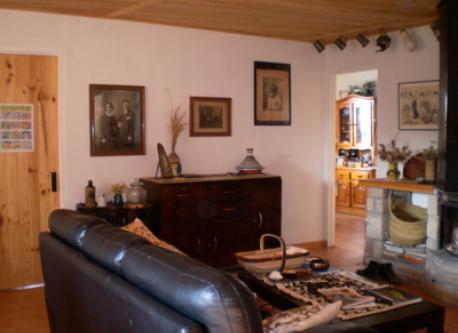 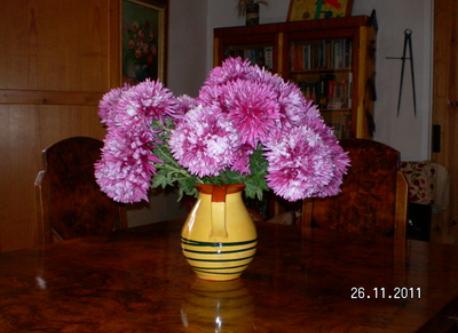 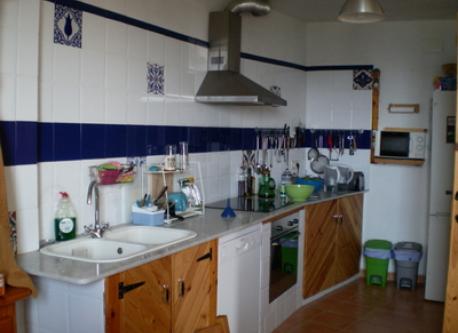 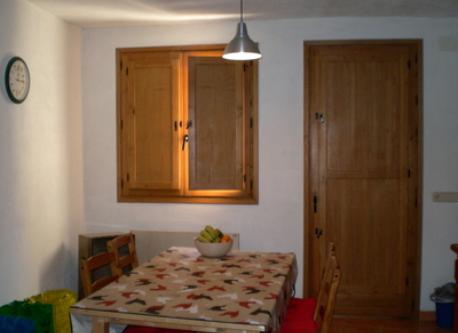 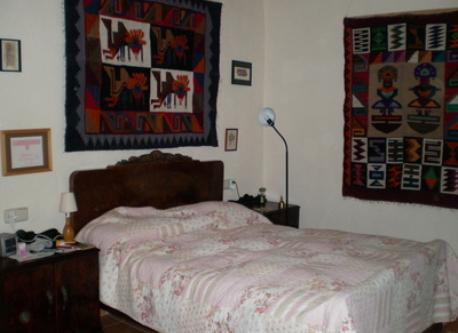 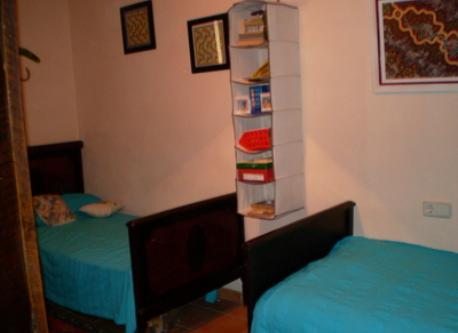 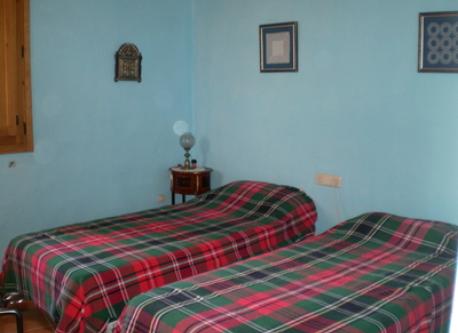 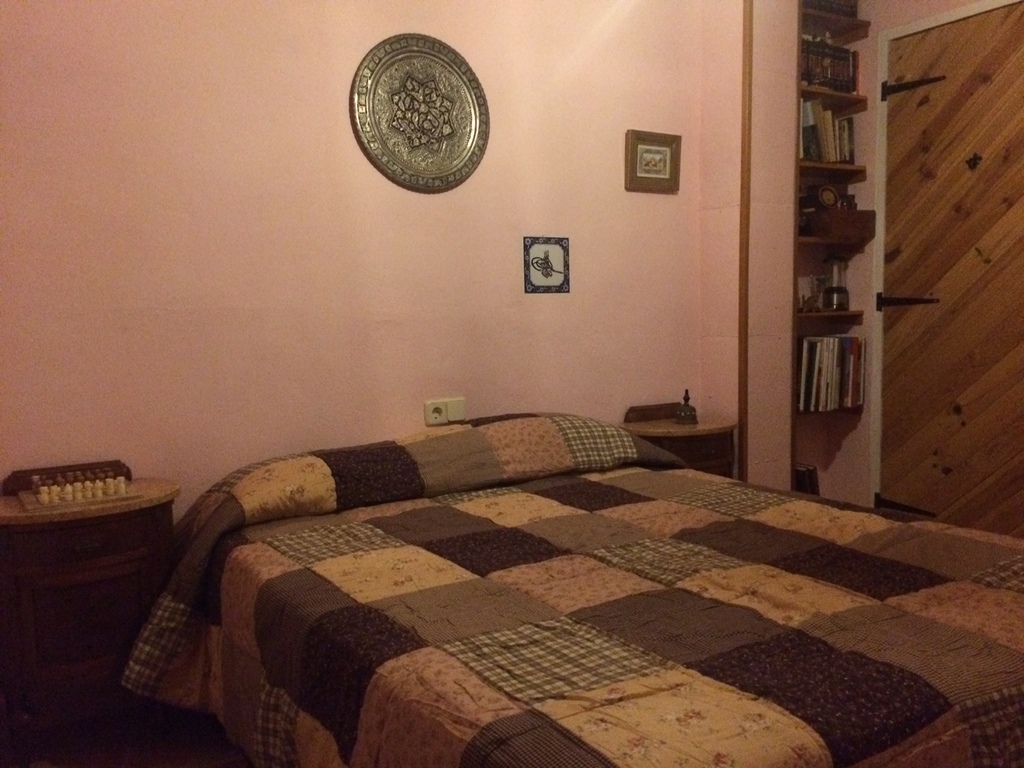 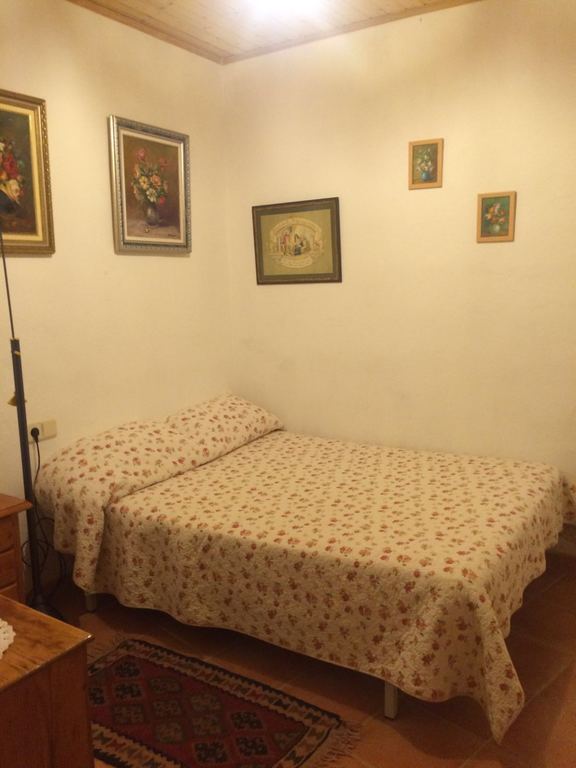 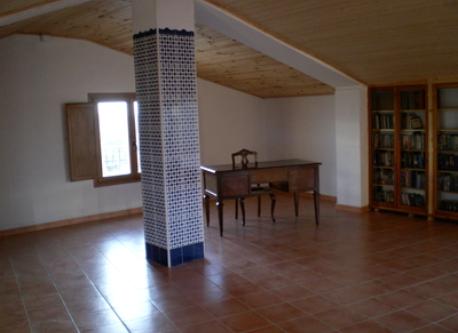 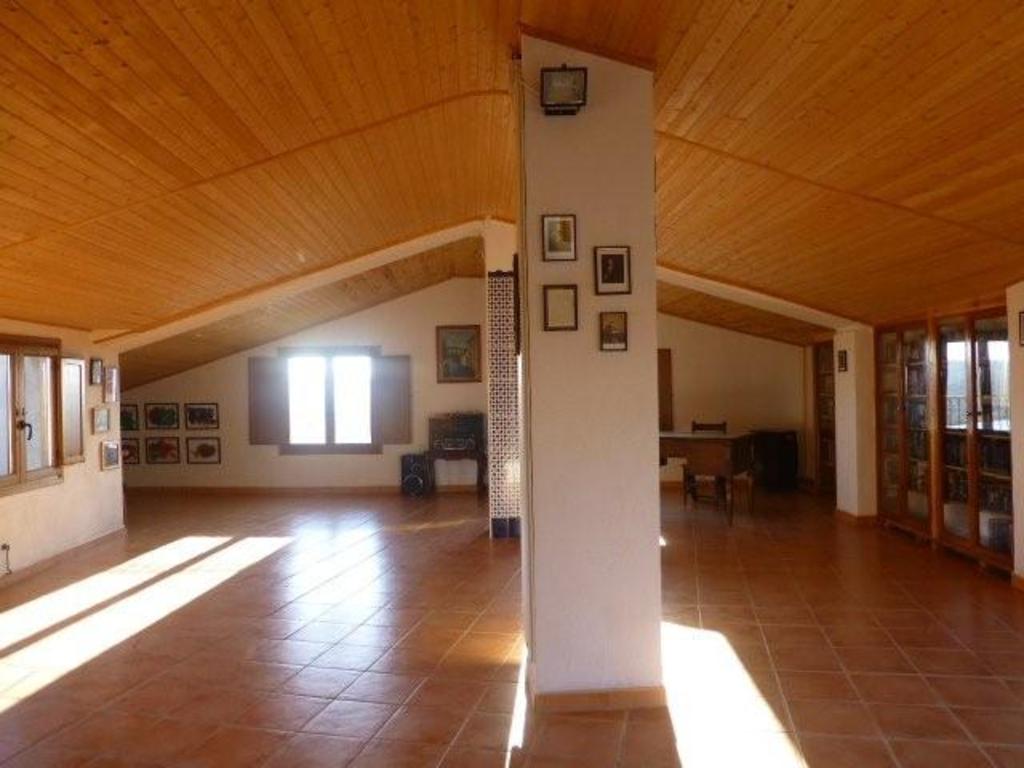 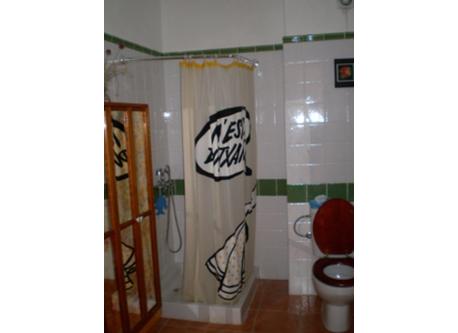 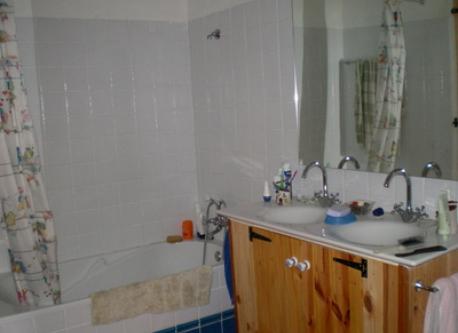 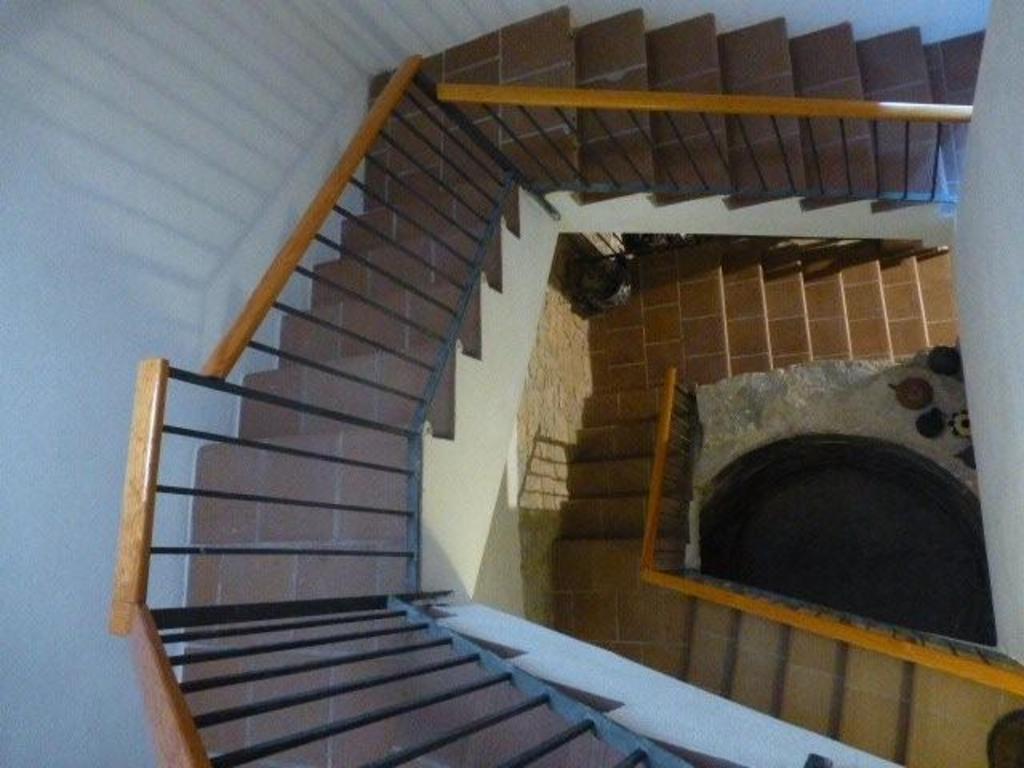 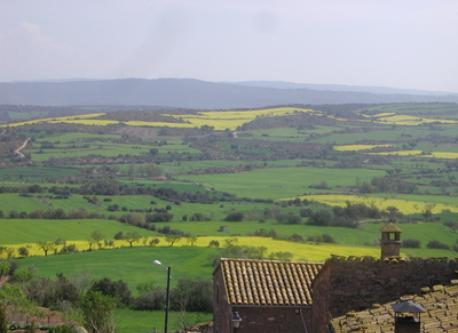 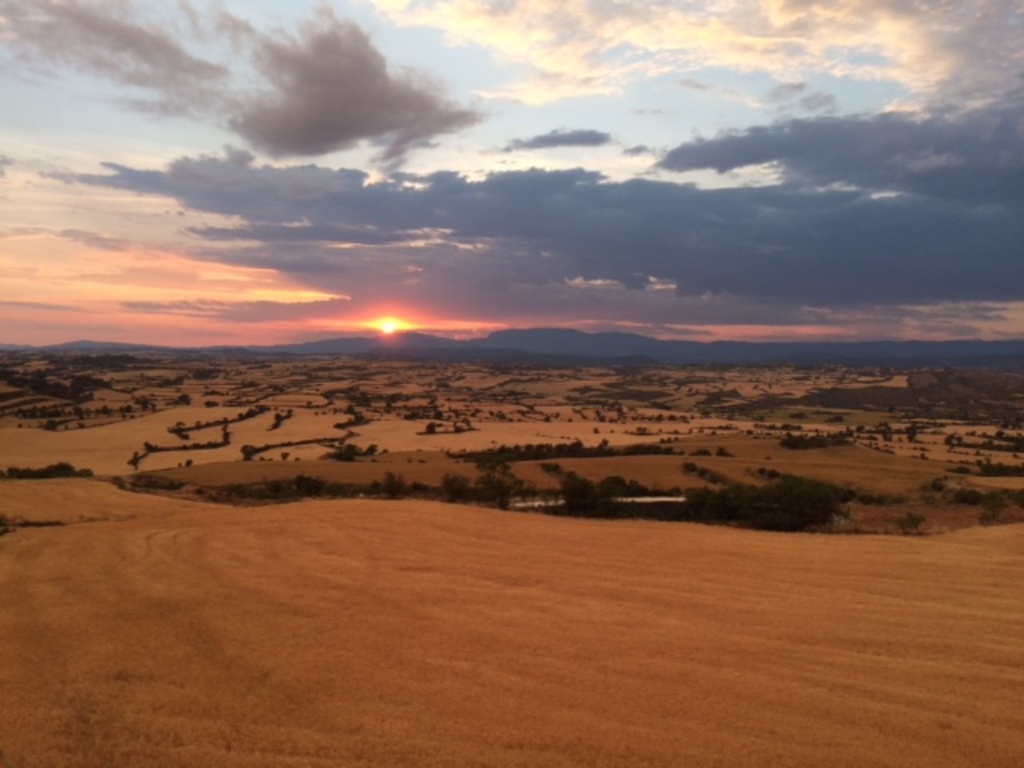 summer sunset, from the terrace 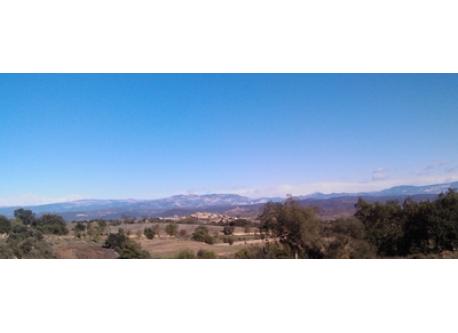 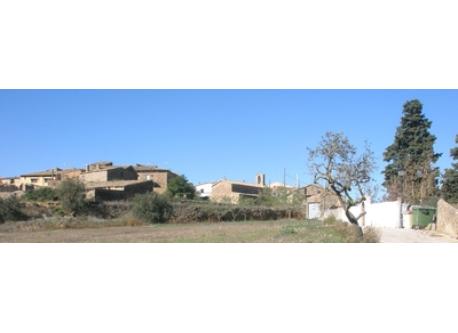 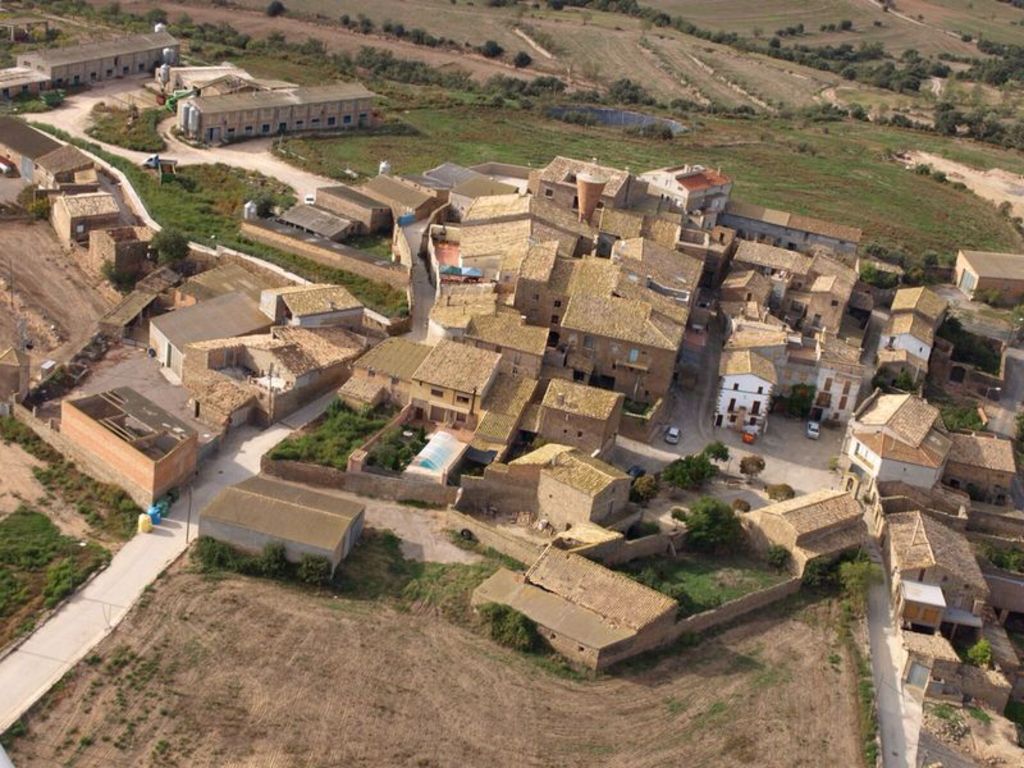 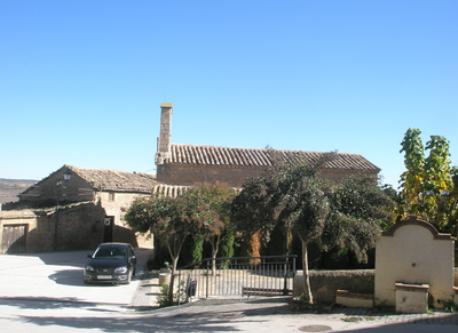 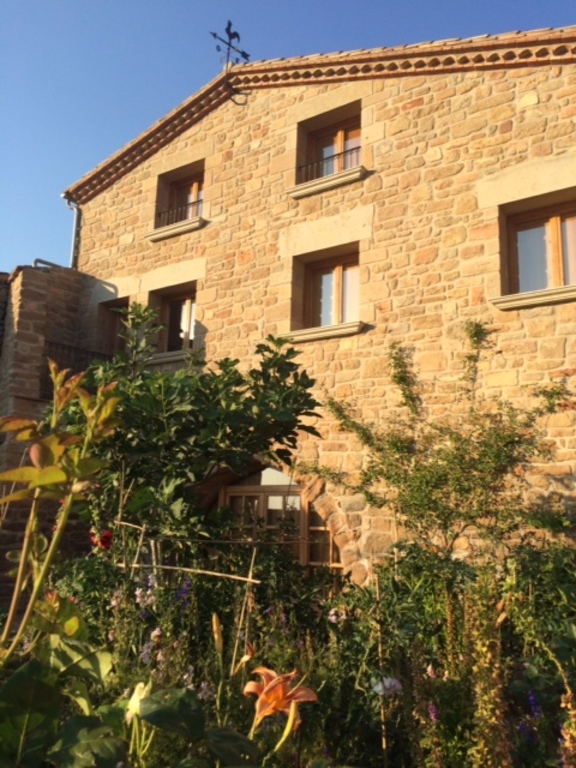 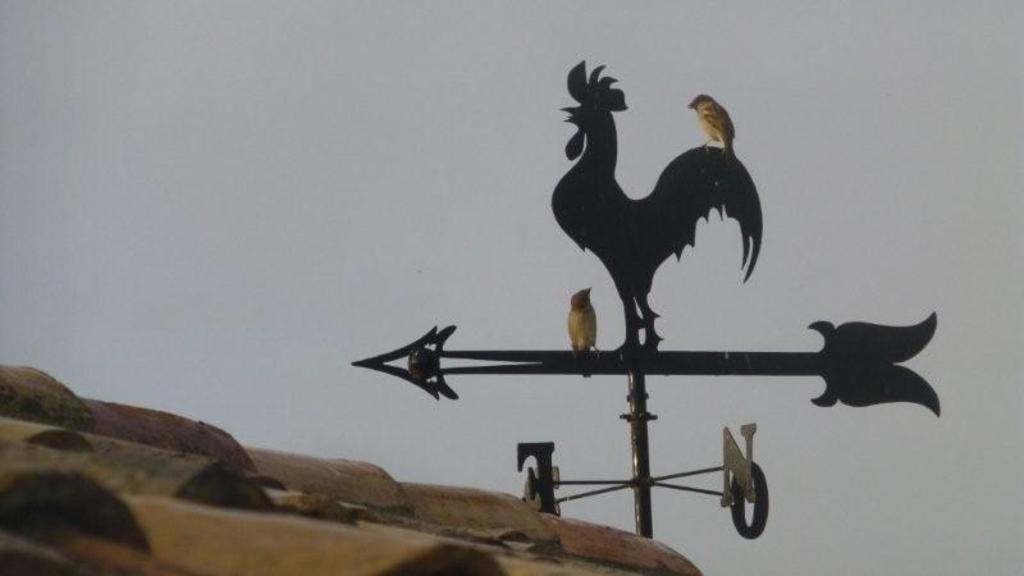 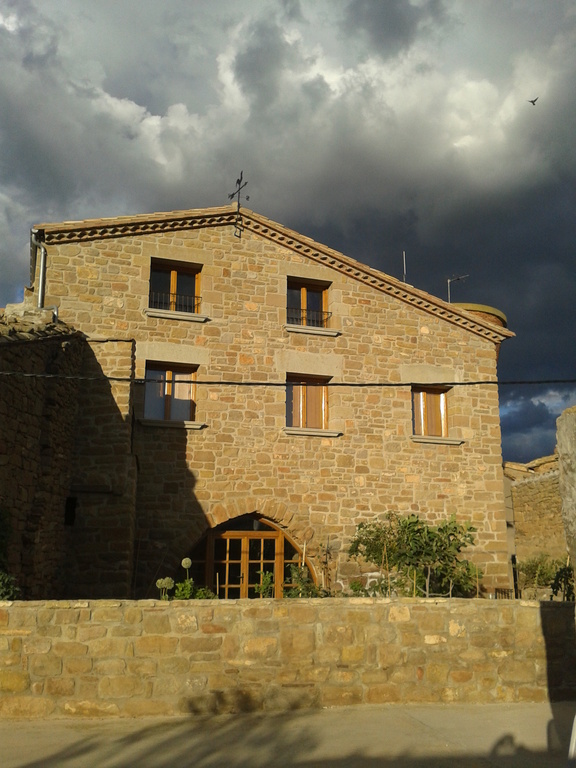 We are a family of three living in Sabadell, 20 km from Barcelona. We both work at the University. Bill is a lecturer in English Literature at the University of Barcelona and Montse works in the administration of the Universitat Autònoma de Barcelona. Our daughter, Alba, 20, is doing Classical Studies at the Universitat Autònoma de Barcelona.
The house we offer is our second home, situated in La Segarra, in the interior Catalonia, 110 Km from Barcelona, in a very small hamlet called Selvanera. It was an old house, dating from the XIX century, that we renovated recently. It consists of a ground floor, first and second floor and a cellar. It has also a small patio (100 square m.). The ground floor is stone walled and it has the character of an old country house. The first floor (145 sq.m) has 5 double bedrooms, two bathrooms (one with a bath and one with a shower), a kitchen and a very large sitting-dining room, with a fire place. The top floor is one big room of 70 sq m, with two terraces and one toilet and washing facilities.
La  Segarra is an area of outstanding natural beauty suitable for walking, cycling and bird-watching. There are many castles and other sites of historical interest and Guissona, 6 km from Selvanera, holding the remains of the ancient Roman city of Iesso, is a thriving market town. Cervera, the capital city of the area, is an old medieval town with ancient streets and notable buildings. The Pyrenees, of which you get spectacular views from the house, are not very far. Andorra is only 95 km. away.  You can also visit Lleida, and towards Barcelona, Montserrat, a national park with a historical monastery.

We hope that this will give you an idea of the possibilities that our place offers. Let us know if you are interested and we will give you more information.