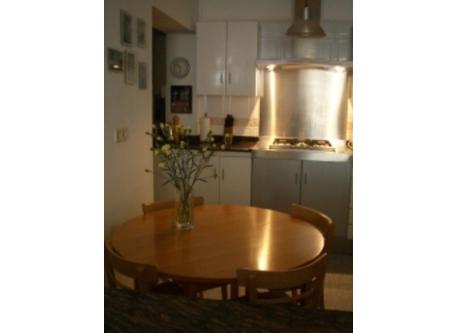 The apartment has two double beds, two built in single beds and a double bed in the living room. There are two bathrooms with showers, only one of them has a toilet. The kitchen is open plan and modern. Our  exchanges  over  the  last  few  years  have  been  in  Languedoc  Rossillon,  Paris -in  the  city  and  in  Auvers  Sur  Oise and  Mennecy,  Lorient and Morlaix in Brittany, Ostend and Brugge - Belgium, Malmö - Sweden, Nantes - Pays de Loire, Berlin, London, Amsterdam, Vienna, Leipzig, Prague, Oakland - California, and Stockholm.
From our apartment all  the  major  sightseeing  spots  are  within  walking  distance, as  are  the  city  beaches. We are well served by all forms of public transport. There are plenty of shops, bars and restaurants nearby with a midnight closing policy in the street itself, so it's quiet for a city, and transit is light at all times.