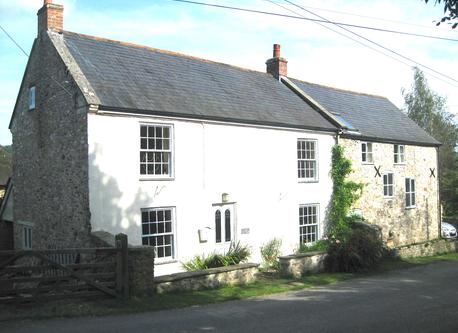 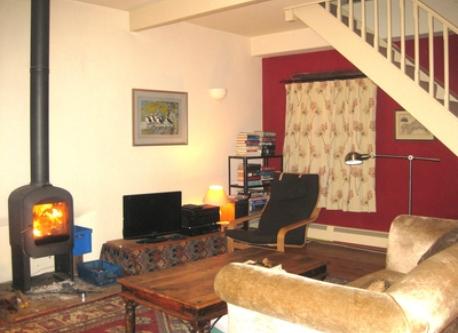 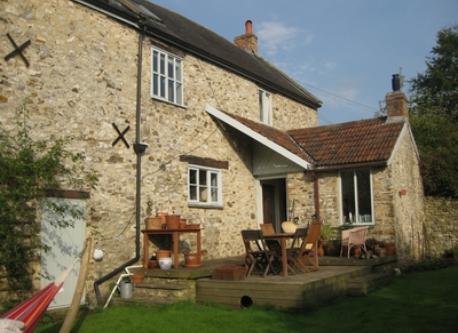 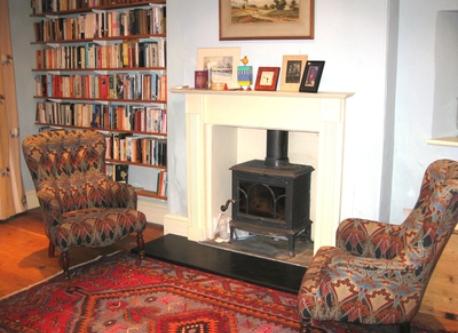 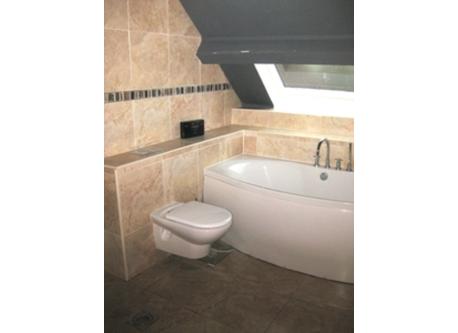 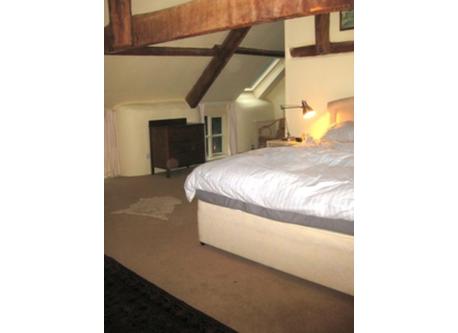 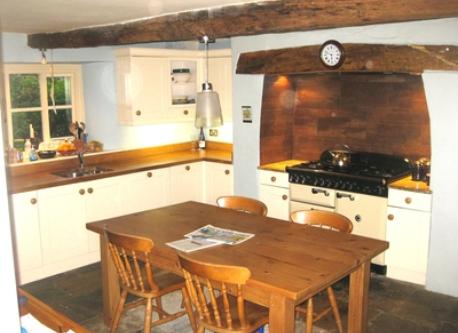 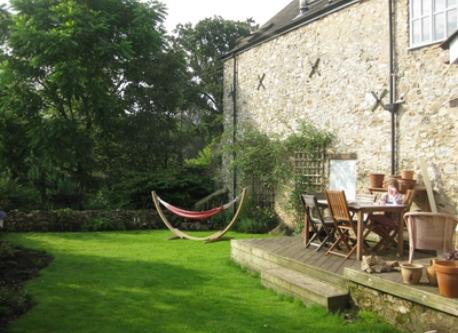 part of back garden 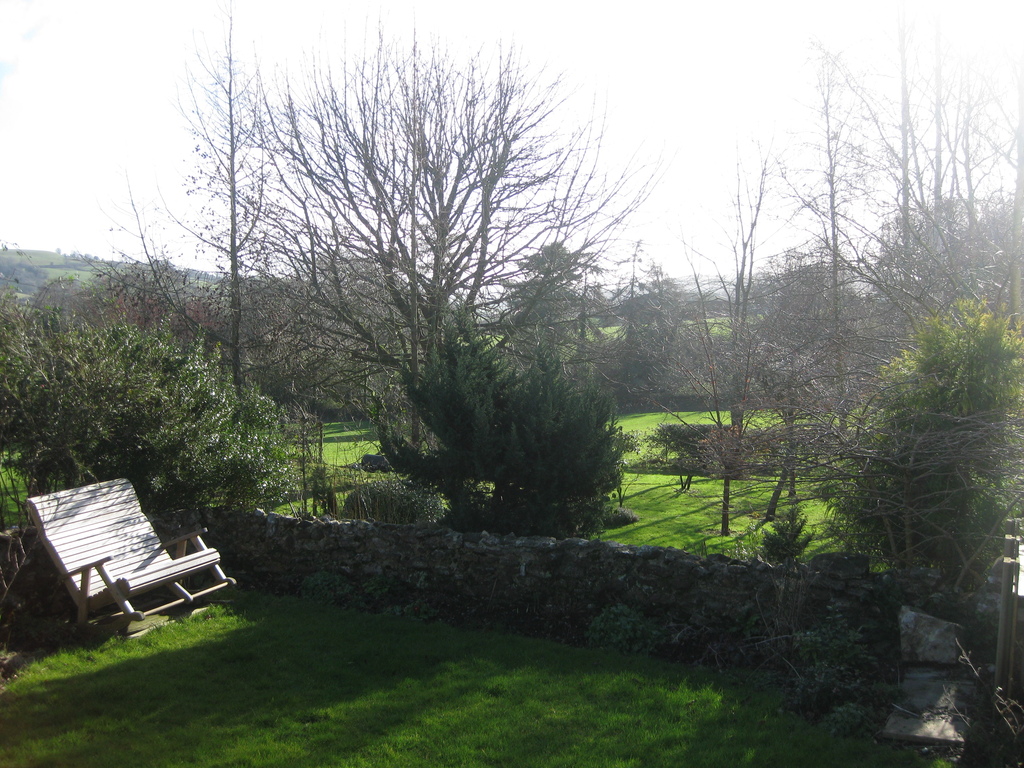 edge of garden in winter 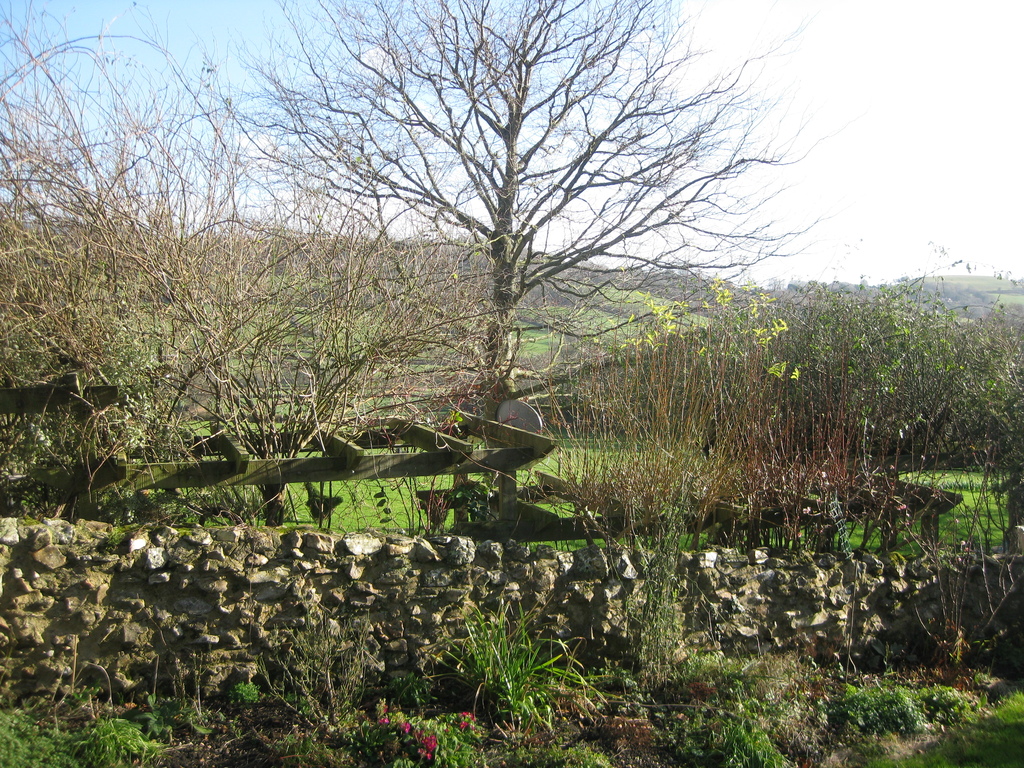 view from the back garden in winter 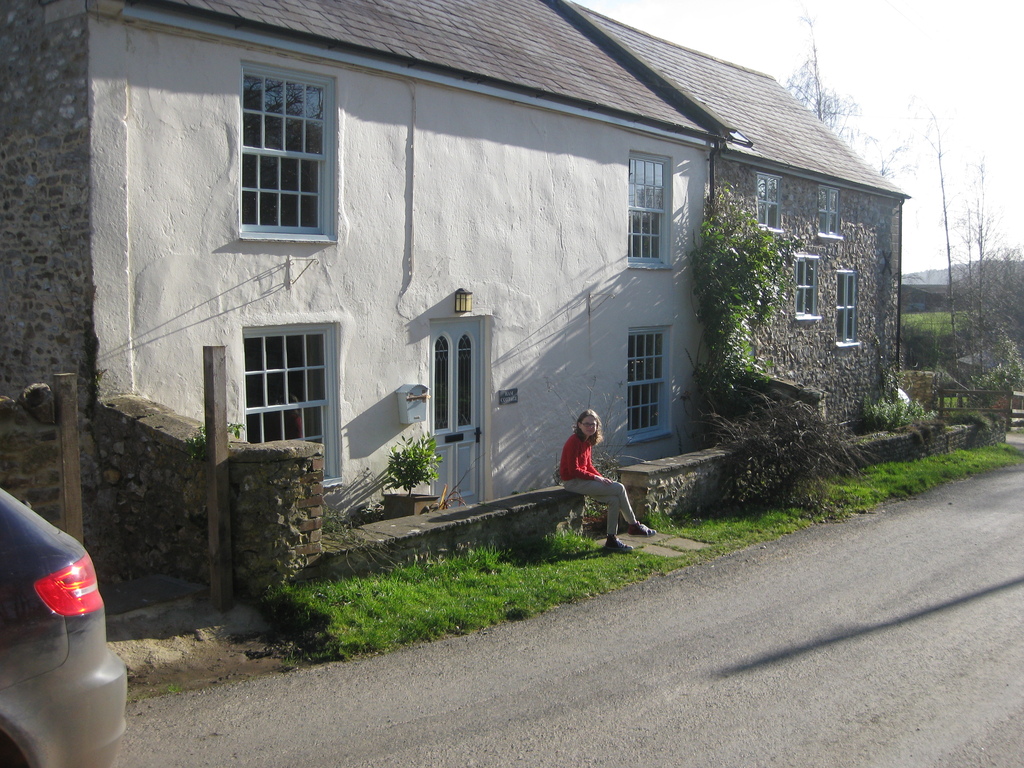 Anna at the front 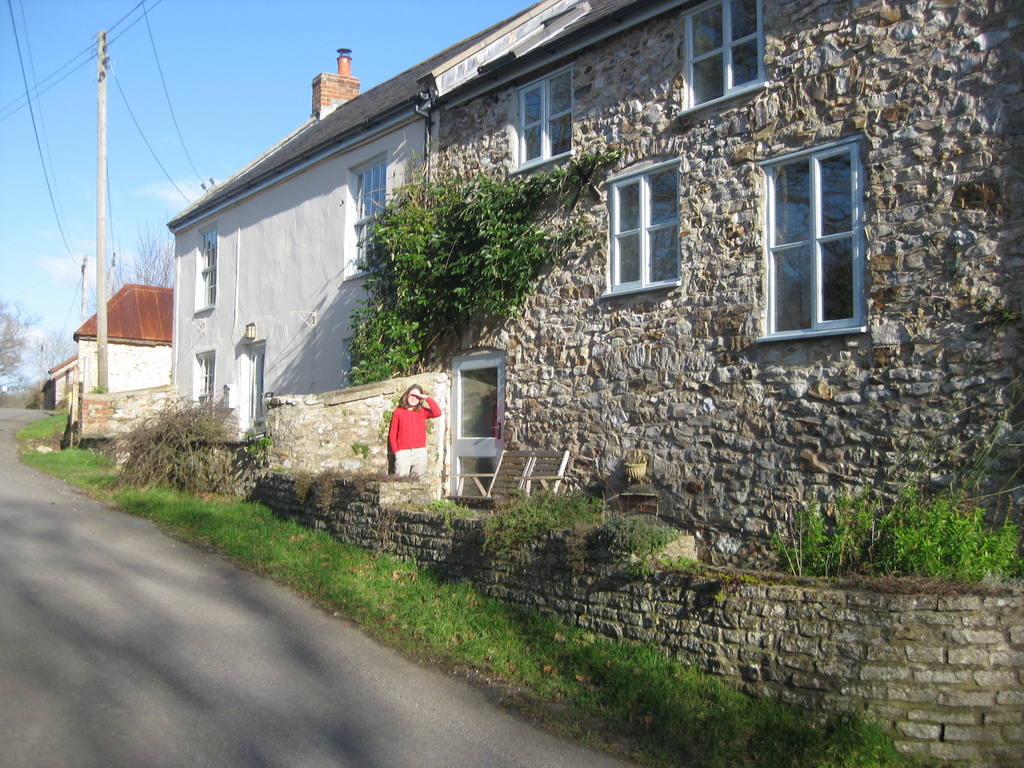 Anna in front of the old malthouse part of our house 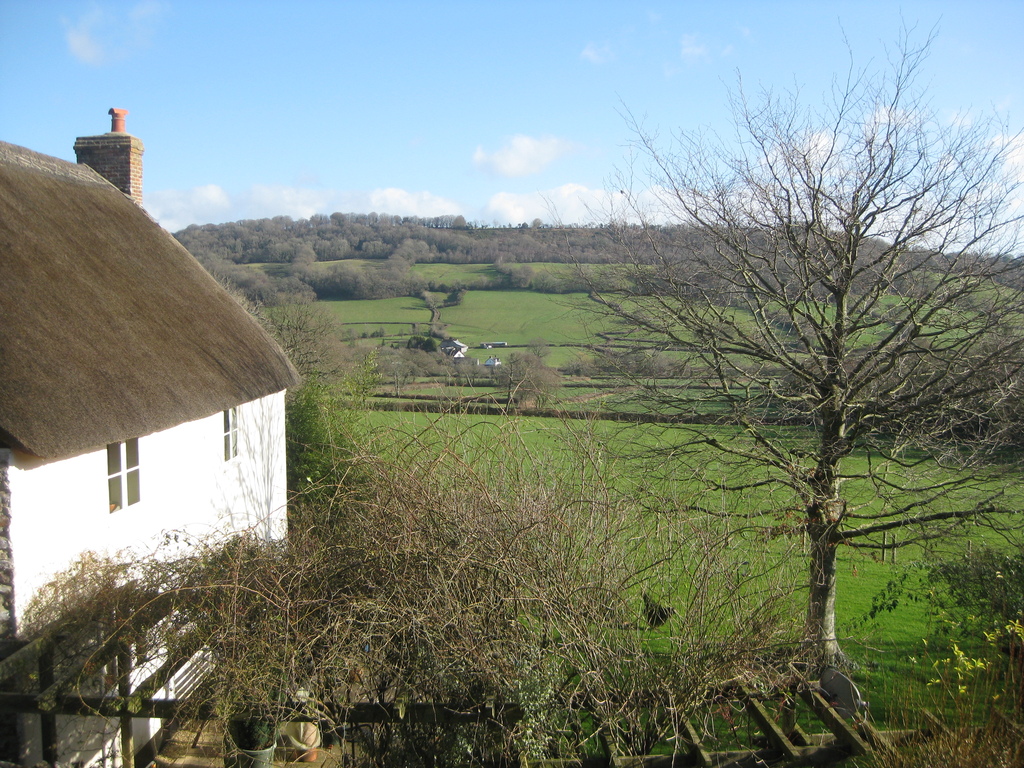 The thatched house next door and the view over the Blackdown hills.

Our house is set in a very quiet location in East Devon, in a peaceful hamlet of ten houses, yet within a few minutes of the A303 main road that connects London with the south-west. The house was built in the late 18th century and retains many period features, and as a consequence it has ‘listed’ status as a building of particular historic interest. The house has been modernised throughout, with its kitchen and bathrooms being well fitted and equipped.
As can be seen from the photograph of the front of the house, it comprises two distinct styles: the original Georgian house (painted cream) and its adjoining malthouse (exposed stone), now converted into integral accommodation.
The house is very spacious and full of character, nicely decorated and fitted with central heating throughout. It has two areas of garden, both fully enclosed by stone walls. The garden to the rear is seen in our photographs and contains an area of decking that provides a comfortable space in which to eat outside. The area to the side of the house, of similar size, is our ongoing project, with much landscaping work still to be done. Adjoining this side garden is an old stone-built cider house that we use to store logs and bicycles. There is off-road parking for two cars.
In the centre of the house downstairs is a large kitchen with stone floor, Rangemaster cooker (with six gas burners on the hob and two electric ovens), dishwasher, and a good number of modern kitchen units. In the middle of the room is a large family table that can seat eight people. Adjoining the kitchen is a large utility room containing fridge/freezer, separate freezer, washing machine and drying rack, and this room also provides access from the back of the house to both gardens.
There are two main living rooms, both with woodburning stoves. The larger one, in the old malthouse, is very spacious, with sofa, chairs, TV and hi-fi. The other room has two fireside chairs, a piano and an office area with iMac computer and broadband connection.
Upstairs there are four bedrooms, two bathrooms and a boxroom, accessed by two separate flights of stairs but all inter-connected at first-floor level – so you can go up one lot of stairs and come down by the other. The main double bedroom is particularly spacious and has its own bathroom, with shower and separate bath. The other three bedrooms comprise one double and two singles, and there are three further single mattresses in the boxroom to provide more sleeping accommodation as necessary. The second bathroom has a shower.
The surrounding countryside is very pretty, tranquil and unspoiled. The nearest village, Dalwood, is a 20-minute walk and has a shop (with post office) and church as well as a very good pub/restaurant. The nearest towns are Axminster and Honiton, both about 10 minutes by car. It takes about 15 minutes to reach the coast, the best stretch of which is the ‘Jurassic Coast’ between Lyme Regis and Seaton – this has been designated a World Heritage Site by UNESCO. Exeter, a fine old cathedral city, is about 20 minutes away by car, and beyond there is the rest of Devon, with a range of landscapes from sandy beaches to the wilderness of Dartmoor.

Mark works in publishing from home. Mary-Rose is a teacher of French and German. Anna is a school pupil. We love walking and cycling in the countryside. Lovely beaches are very close and we spend a lot of time there.